Poiema exists to assist aspiring screenwriters and television writers who are Christians get hired writing for film and TV so that they can impact the culture for years to come.

Funded with a grant from the Wedgwood Circle, Poiema’s first session began in the spring of 2012. Dean Batali and Sheryl Anderson (both established television writers with numerous and diverse credits between them) chose five writers from a wide range of applicants. To be considered, applicants had to have already shown a high level of talent and potential, established connections of their own in the entertainment industry, and displayed a certain level of spiritual maturity.

The group met once a week to discuss story ideas and develop those ideas into full scripts (both TV pilots and sample scripts for existing shows). Individual meetings with Dean and Sheryl also took place as writers moved from outline to first, second, and final drafts. Writers were pressed and challenged to write the best script they had ever written, and to prepare themselves spiritually for the complexities of a life in Hollywood.

Participation in the program was free, but in return for this intense amount of hands-on mentoring and education, the writers agreed to pay a percentage of their future salary as television writers (up to a set limit) back into the Wedgwood Circle fund. In this way, Poiema hopes to become self-sustaining, offering this high level of training and career-advancement for years to come.

All five of the writers who participated in the first round of Poiema were hired on TV writing staffs within two years of completing the program.

With additional grant money from other sources, Poiema has also begun to train writers of feature films. Qualified writers will be assigned individual mentors and (with input from other Poiema consultants) work over a period of several months to complete the best script that they are able to write. The primary objective is that their writing sample will lead to the screenwriter getting paid for future script assignments, and open the doors for other writing opportunities. That the screenplays developed with Poiema might get purchased for production is a possibility, but that is not the primary goal of this program. Poiema is more interested in helping writers establish themselves and prepare for a long-term career.

For details about Poiema’s payback structure, please read the Memorandum of Understanding that all Poiema participants must sign. It can be found here.

For more information, see our FAQs.

To receive e-mails about upcoming programs and workshops – as well as announcements about when Poiema will be accepting applications – leave your contact information here.

Poiema is a Greek word meaning “that which has been made,” and is the word from which we get the English “poem.” It is commonly translated in the Bible as “workmanship,” most notably in Ephesians 2:10: “We are his workmanship (that is, the things God has made; or, more loosely, the things God has written) created for good works in Christ.”

Dean Batali worked as a writer on That 70s Show for seven years, serving as an executive producer for the show’s final season. He wrote for the initial two seasons of Buffy, The Vampire Slayer, and has written for Duckman, Kick Buttowski, and The Adventures of Pete and Pete. He was the executive producer for two seasons of the Canadian series What’s Up, Warthogs!, for which he was nominated for a Canadian Screen Award, and was the head writer on the animated Sabrina: Secrets of a Teenage Witch. His essay “Changing the Channels” appears in the book Behind the Screen: Hollywood Insiders on Faith, Film, and Culture, and his experiences as a Christian in Hollywood were featured in the book Faith in the Halls of Power. He was also profiled on NBC’s Nightly News with Brian Williams. Dean is a graduate of the Evergreen State College in Olympia, Washington, and lives in La Crescenta, California, with his wife of twenty-seven years, Beth. They have two daughters, Erin and Katharine. 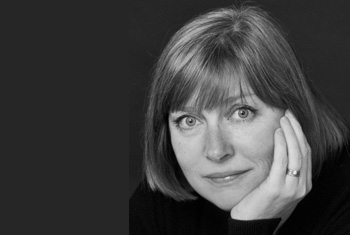 Sheryl J. Anderson has worked as a writer-producer for both half-hour (including Parker Lewis Can’t Lose and Dave’s World) and hour television (including Charmed, Flash Gordon, and When Calls the Heart). She has sold pilots to Disney Channel, SyFy, and Lifetime and written several television movies, and was a creative consultant for Canada’s What’s Up, Warthogs!. She and her husband are the authors of the Molly Forrester mystery novels, published by St. Martin’s Press. Her essay “What Would Jesus Write?” appears in the book Behind the Screen: Hollywood Insiders on Faith, Film, and Culture. Sheryl is an adjunct faculty member in Pepperdine University’s MFA in Screenwriting program, previously taught in UCLA’s Writer’s Extension program, and is a frequent guest lecturer at Regent University and Azusa Pacific University. She is a graduate of the College of William & Mary in Williamsburg, Virginia, and lives in Westchester, California, with her husband of twenty-eight years, Mark Parrott. They have two children, Sara and Sean.

Wedgwood Circle is a non-profit network of creative industry leaders, artists, and high net worth investors contributing together toward the cultivation of culture. We do this through authentic connections, impressive thought leadership, and intentional investment in the creation of art and entertainment that is good, true and beautiful for the common good. We focus on the arts and entertainment sectors of film, music, television, publishing, theatre, fashion, fine arts, comics and graphic novels, computer/console gaming and new media.